Isola, a stunning piece of art 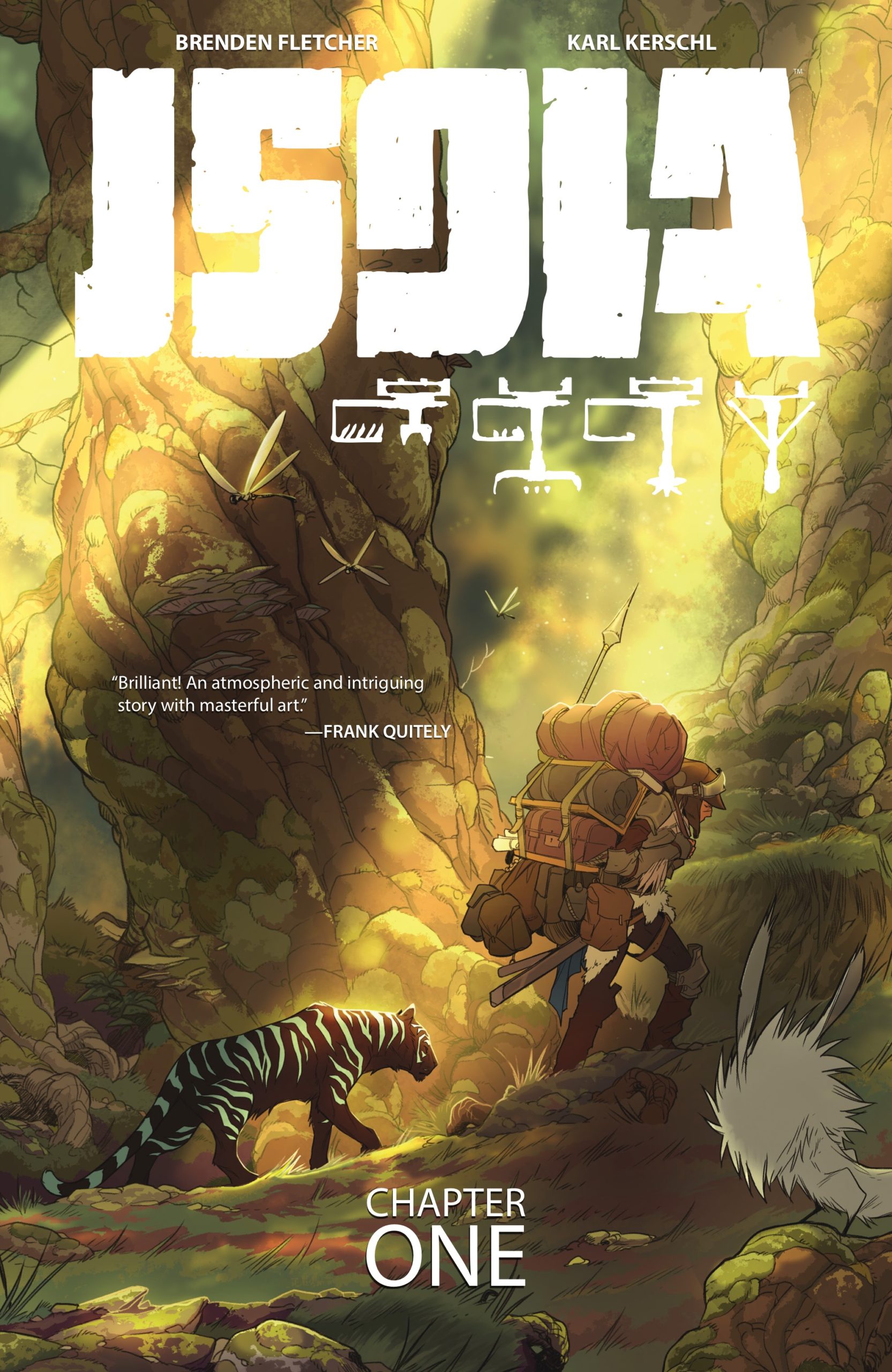 This article contains affiliate links which are marked with a “*” in the links name.

Starting with Isola*, we open a new chapter here at Pen Paper Dice. Some may share the hobby: Graphic novels. Nowadays there is also a lighter literature on all kinds of topics. While DC and Marvel Comics are still big publishers behind some of the original ones, this is supposed to be more about the perhaps more unknown graphic novels. And if you think about the role of the game master in tabletop role-playing games, you will at some point come across the saying “A good copy is better than a bad original” and the tip to get inspiration from literature, mythology, series and films. The same goes for graphic novels. If you have the time and leisure, take a look at Monstress* by Marjorie Liu. Not only a great story, but also an excellent example of world-building.

But today it’s not about Monstress, but about Isola. The graphic novel introductions and impressions are not intended to be long, but rather to give an insight into the graphic novel and to express an opinion so that you can judge for yourself whether the story seems interesting to you. And maybe we’ll come back to the elephant* on my shelf at some point. 😉

Isola is an atmospheric and beautifully illustrated comic by Brenden Fletcher and Karl Kerschl. We learn quite quickly that the Queen of Maar, Olwyn, has been cursed into a tiger and is seeking the land of the dead, Isola, with her faithful companion and leader of the guard, Rook, and there the hope of reversing the curse. The story is told with reservation, but also grants time for the development and introduction of the protagonists. The drawing is exceptional and the colouring fabulous. Both together offer cinematic images of the landscape and inhabitants of the world of Isola. The cover also perhaps captures the essence of this issue best. It is a purposeful and arduous journey of two characters through a wondrous world.

The first volume of Isola* throws the reader right into the action. There is no big introduction to the story, but we are directly confronted with the both protagonists. While this introduction is very direct, the story is not told at a swift pace. The characters are given enough time to develop and the plot grows accordingly. Thus we are introduced to the landscape and nature of Maar in beautiful colours and drawings, but also to nefarious hunters and the mysticism of the land. Only in later sections is the story of the queen’s curse told.

Especially Olwyn as a tiger seems wonderfully human. The graphic novel has a touch of mysticism and fairy tales, but Olwyn still cannot speak in such a world as a tiger. However, her facial features and postures allow us and Rook to guess her thoughts. It is very nice to see as a reader that Rook continues to speak to her in all honour. She is, after all, Queen of Maar and one notices the quite intimate relationship between the two, who make a strong duo in the story.

The story answers and poses new questions, which makes the graphic novel exciting. The narration is still difficult to evaluate. It is quite reserved in the first volume and since you don’t know yet what the whole journey to Isola will be like, this can be a nice point to develop the characters, but leaves open the question whether this is to become the narrative style of Isola or just taking its time in the first volume.

The illustrations really draw you in. The whole work is visually powerful and in some places looks like something out of a movie. For a first volume of a unique world, these elements, namely the inhabitants and landscapes of the world, are brought to the centre of attention here and skilfully staged. The font is pleasant to read, but doesn’t throw up any big stones either.

The panels are well divided and at the right places big enough not to take up space. For there aren’t many speech bubbles on some pages. At the same time, they underline the content. Landscapes are depicted elongated to page-filling, while individual glances of the characters or action-packed scenes find space in small and thus more hectic panels.

I personally love Isola’s* colouring and illustrations. It is a beautiful work with cinematic depiction of the characters and nature. It’s not quite clear to me yet what the Hallum are. It is only briefly explained that they don’t normally fly alone and I hope that they still play a more central role, these creatures are a bit stranger than Isola’s other animals after all. I hope that the narrative in Isola picks up a little more speed and doesn’t remain as reserved as in the first volume. The story offers potential and with a quieter start this can be a super introductory volume, when of course the subsequent issues open up more and more of the plot. Rook and Olwyn are two very exciting characters who are trying to make the best of this ominous and very mysterious situation.

So if you like mystical fairy tales and a mysterious fantasy story, you should take a look at Isola. It may not be the new Lord of the Rings, but it’s sure to give you a good time!