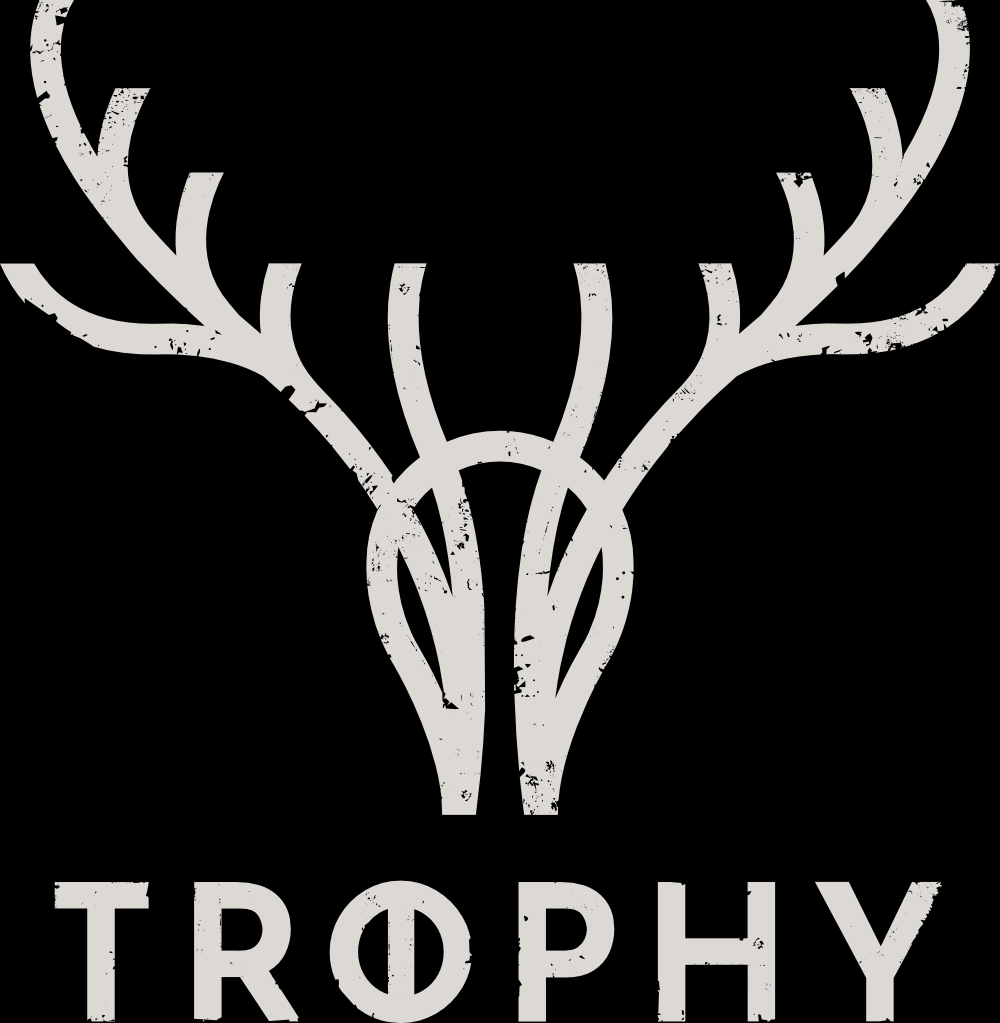 Through the 3w6 Community, I was able to enjoy a round of Trophy Dark. This was followed directly in January by two rounds where I was the GM for Trophy Dark. Once in our review round and once at the Campfire Con. Both times I led the adventure, the Incursion, Throne of the Forest Queen, where the characters are transported to a fairy forest.

As Trophy Dark is currently being funded and has not yet been completely released in its new version, the Trophy Dark SRD has been played with so far. As soon as the PDF has been sent out, there will be a bit more about its structure and content here.

The rules are short and quickly explained. A character has a name, a occupation, a background, a drive, can master rituals and has a value for its corruption (Ruin). Rituals are spells (the game is set in a fantasy setting by default), but they also put body and soul at risk.

The occupation and the background result in skills that are helpful for the core mechanics in the game: Risk Rolls. A risk roll is necessary when something is attempted with uncertainty. The roll starts with 0 light die and gains a light die if the character has a suitable skill for the action, e.g. climbing a tree with Athletics, or Devil’s Bargain.

So if no skill is suitable and bargain with the devil is made, one must risk life and soul to be able to roll a dark die. Devil’s Bargain comes from Blades in the Dark and states that something negative will happen in any case, regardless of whether the risk roll is successful or not. However, this is a challenge for the GM and fellow players. For the devil’s bargain come from them. However, the active player does not have to accept one of the offers. This is completely optional.

However, should a bargain be made, the risk roll receives an additional light die. These dice are d6 and achieve a partial success (success with complication) on a 4-5 and a full success on a 6. A 1-3 is generally a failure and makes the situation worse. However, if no success has been achieved, the end player can roll again, but must roll a dark die for each reroll (this is repeatable as long as a dark die is not the highest die). This dark die also counts towards the result.

However, if a dark die has the highest value and is higher than the character’s current ruin value, the ruin increases by one. As soon as the ruin increases, the GM assigns a condition. This can be a physical change or a change of mind, emotions or behaviour. The forest changes or better corrupts the character. For a ritual, a light dice and dark dice are always rolled. A ritual is always a danger to body and soul!

Reduction Roll and becoming part of the forest

If the ruin value is 5, the character can try to sabotage the venture and the group, secretly if possible of course, and thus act in the interest of the forest. If such obstruction or sabotage has occurred, the player may make a reduction roll. With a light die, one now tries to subdue one’s own ruin value. If this is successful, the ruin is reduced by one. With a ruin of six, you are the trophy of the forest and are taken over by it. The character is removed from the game.

Trophy Dark is designed for one-shots and comes with so-called incursions. Incursions are adventures in Trophy Dark that are always structured in the same way. There are five rings. A ring is an act of the session and has an entry for terror, something threatening for the group, and an entry for temptation. Temptation can also include a treasure or a reward for overcoming an obstacle or entering into an additional obstacle. For each ring there are also questions that are asked of the characters. These questions are designed to uncover the characters’ history. Although these questions can be very personal, but are in relation to the present situation. So if the characters are being followed, one question may be what a character is really running away from or avoiding.

So the characters run through those rings of the story and thus towards their downfall. This structure provides a sequence where, however, one can also look to the left and right of the path. Nevertheless, the characters will come to the next ring long or short and ultimately face the climax of the evening in the fifth ring.

In addition, Incursions contain moments, which should help the GM to include additional scenes across the rings. Furthermore, there are conditions that can be assigned when the ruin value is increased. Moments as well as conditions are suggestions and always specifically tailored to the incursion.

An incursion always has a theme, e.g. sleep, which runs through the rings and thus the story. It may also be that new occupations, backgrounds and rituals are available for the incursion, thus expanding the standard selection from Trophy Dark.

Particularly noteworthy at the table is that in the case of successes, the player tells of his or her success and drives the story forward. A Devil’s Bargain reactivates the currently inactive players in the scene and encourages them to brainstorm together for a suitable consequence for the additional light die. This mechanism stops the game briefly and shifts it into the meta-level. The more the players are used to it, the more briskly it goes and does not really feel like stopping the game.

The aim is to slowly corrupt the characters and push them into perdition. With the changes made by the forest, the conditions received and devil’s bargains, the characters become unique and personal. As the game progresses, with questions from the GM, the background to the character’s journey should come to light. The players get the pleasure of telling what the character has been up to before. It is also a good idea to ask directly after the creation of the character where the motivation comes from and for whom or what the treasure is being sought.

Trophy Gold and Rooted in Trophy

With Trophy Gold, the Trophy engine is used for an OSR-like campaign game. The focus is placed on combat, exploration and treasure hunting. The core mechanic of risk rolls changes to hunt rolls, increasing character ruin at a slower rate.

Rooted in Trophy is the name of the 3rd party licence that allows you to write your own games with the Trophy engine.

Recommended tools are the official character keeper, Trophy Bot and safety tools. Trophy Dark can become very dark and escalate very quickly. The Gauntlet Community also offers something for safety tools like Lines & Veils and CATS in their GoogleDrive.

I can recommend: Lines & Veils, CATS, Open-Door Policy, X-Card, in order to pick up the players and also to clarify in advance where limits exist and signals can also be given during the ongoing game if something could go too far. Trophy Dark should be fun for everyone at the table or in the chat room and not cause discomfort.

The thematic similarity to Don’t Walk in Winter Wood cannot be denied. Trophy Dark uses the forest as a backdrop for mystical and dark stories, but the rules are much more interactive. Here, you as the player clearly have more control over how you deal with the evil you encounter in the forest.
The mechanism is simple, the real attraction comes from thinking together about possible consequences, which in turn enables the players to choose the outcome that seems most appropriate even in the worst case. The system is also more suitable for oneshots in between, but it is mechanically much more interesting than Don’t Walk in Winter Wood.

Digital support with the interactive Google Doc was convincing across the board. The collaborative character creation went very quickly and you also have a direct overview of the other players’ characters – great!

During our Trophy Dark round, we were able to create our characters in no time at all thanks to the excellent Google sheets and the rules were also quickly taught. Perfect for our next one-shot round. Overall, much of the game is reminiscent of Don’t Walk in Winter Wood, but differs in a few places. The dice mechanics in particular are much more appealing and you think twice before using the additional dice. I find the idea of letting the other players shape the consequences exciting. Some of them were much meaner than the suggestions of our game master René. For me, this is always a clear positive argument when the story and the drifting away of the characters are forced together, rather than only by the game master.

Trophy Dark convinces me with its strong collaborative storytelling with few rules. If you take a look at Trophy’s SRD, there are few mechanics that can tell a versatile story. Incursions exist for modern settings, deviating from the originally envisioned idea of the fantasy forest. I’m a fan of corruption of one’s character anyway. Trophy Dark doesn’t spill the beans on that and also hits the mark fully thematically. Additionally very nice is the structure of incursions, which not only give ideas but also stay true to a theme. For me as a player, the question arises as to what the overarching theme of the story is.

I’m looking forward to more sessions of Trophy Dark. In the future, I want to take another look at Trophy Gold to see how the Trophy engine performs outside of the one-shot setting.

Trophy Dark felt to me like a mixture of Ten Candles and Don’t Walk in Winter Wood. Recommended if you want to try something different, but for specific tastes.