The Summoner– An old classic revisited for DnD 5e 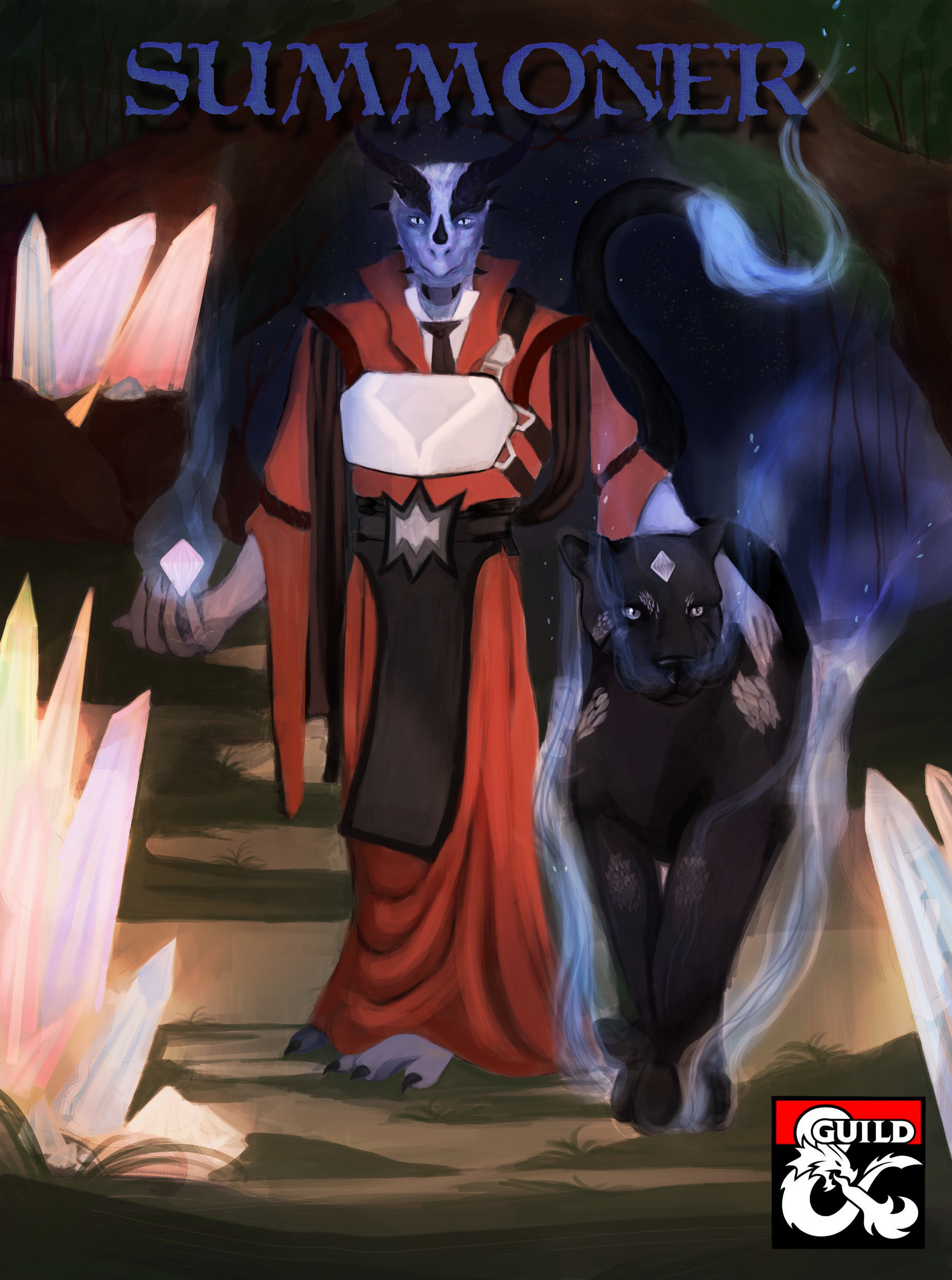 We are happy to announce another homebrewed class for Dungeon and Dragons 5th edition: The Summoner.

This classic character fights by summoning monsters to his side including his trusty eidolon.

On 14 pages we introduce you to a pact-caster class that can wield 10 unique spells and lets you customize your very own eidolon with 38 guided alterations, and 9 major evolutions for each of the three archetypes.

Overview of the mechanics

The mystical connection between The Summoner and his eidolon grants spell-casting abilities similar to those of a warlock, but with a clear focus on conjuration magic.

Because it’s dangerous to go alone, you can choose from three unique types of eidolon that function as archetypes: The Beast, The Mountain or The Conduit.

Each archetype has its own set of distinct evolutions that enhance the eidolon’s abilities in fighting (The Beast), tanking (The Mountain) and magic (The Conduit).

A shared health pool helps the summoner and their eidolon to survive most dangerous situations, even though they are fragile on their own.

This new take on the old, classic summoner is fully integrated within the DnD 5e rule framework and much thought was put into keeping rules consistent with the quality standard set by Wizards.

So what can you expect from the Summoner?

So be curious when we publish this class on the DMs Guild on 05.10.2020. In further posts, we will go into more detail about the mechanics of The Summoner, what makes them strong and where their charm and weaknesses are.